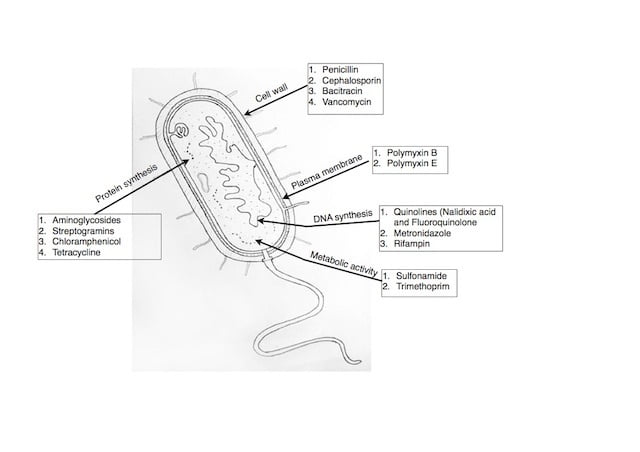 Antibiotics can be called as a savior or a superhero that fights with a villain. In this scenario, the villain is microscopic in size and they are not visible to us from naked eyes. They are omnivorous and we call them as bacteria. But not all the bacteria are bad for us.

Earlier a small scratch on body hold the potential to be fatal. The great influenza of 1918-19 killed tens of millions in an era without commercial planes. Until, the discovery of the first antibiotic called penicillin by Alexander Fleming from penicillium moulds in 1928.

Flemming accidentally left a dish of bacteria staphylococcus uncovered for a few days. When he returned, he found that the dish contains growth of mould. He observed that the bacterial growth was inhibited by the patch of mould.

The use of penicillin as a medicine was introduced by Howard Walter Florey, Ernest chain and Norman Heatley.

Seeing the demand and need, these superheroes are produced on large scale in industries by the process of fermentation. In fermentation, the tank contains all the spell, flavours, strength, hate against bad bacteria which are called Growth medium which that provide the nutrition to the antibiotic producing microbes. After completion of antibiotic production, they are extracted and purified through multiple process and converted into crystal form. The Scientist have also attempted in synthesizing antibiotics artificially by chemical process.

Antibiotics classification based on mode of action

The antibiotic is a protein mostly produced by plazmid genes (extra chromosomal genes). These antibiotics may have different mechanism of inhibiting bacteria. They mostly attack on the vital molecular processes like bacterial cell wall synthesis, cell membrane, DNA replication, Transcription, Translation and metabolic pathways. The different authors classify antibiotics on different parameters. They can be classified on the basis of source of isolation, structure, spectrum and mode of action. The given articles explains the classification of antibiotics based on the mode of action.

I) Antibiotics that attacks on Cell Wall:

The Bacterial cell wall is made of peptidoglycan and the outer membrane is made up of lipopolysaccharide. The rigid structure of cell wall protects the cell from mechanical damage and maintains the osmotic balance. The most common antibiotics that attack on cell wall are penicllins, cephalosporins, bacitracin and vancomycin.

As the research was advanced,the natural penicillin G and V were structurally modified to increase the spectrum. This in-vitro modification brought new version of penicillin into the markets namely Amoxicillin, Ampicillin, Carbocypenicillin.

Source of isolation: Isolated from cultures of Acremonium strictum  (Fungi)

Mode of action: As it has beta lactum structure, the mode of action of Cephalosporins is similar to penicillin. Cephalosporin interferes with cell wall synthesis. The cell wall is made of heteropolymer of NAG and NAM. The crosslinking of these polymers are done by a protein called as Penicillin Binding Proteins PBP (because it has active site for penicilllin). Similar to penicillin, the Cephalosporins can also bind to the active site of PBP and causing its inhibition. The inhibited proteins cannot further carry out its function due to which the bacteria cannot synthesized the rigid cell wall. Cephalosporins are less susceptible to beta lactamase as compared to penicillins. Beta lactamase is an enzyme produced by beta lactum resistant antibiotics.

Chemical nature: It is a polypeptide with thiasoline ring.

Mode of action: The Vancomycin hinder the cell wall synthesis by inhibiting transpeptidation. Loss of transpeptidation cause prevention of crosslinking and resulting in cell wall rigidity. Studies have also found that is binds and inhibits transglycosylase enzyme.

Cell membrane made of lipid bilayer, fencing the cytoplasm and internal organelles. It separates the internal environment from outside. It plays an important role in monitoring movement of molecules and ions across the membrane. Physical damage to cell membrane may leads to leakage of cellular components. The well known example of antibiotics that attack cell membrane are polymyxin B and polymyxin E (Colistin).

Mode of action: Polymyxin, a cationic polypeptide interferes with the ionic interaction of negatively charged lipopolysaccharide (LPS) of outer membrane of gram-negative bacteria with the positively charged associated proteins. It binds to the phosphate group of lipid A causing the displacement of magnesium and calcium ions. This disrupts the permeability and allowing the non-permeable molecules to enter the cell. The polymyxin B/E treated cells are more sensitive to penicillin and lysozyme.

Proteins are considered as one of the most vital biomolecule as it plays structural and functional role in maintaining the cell. The proteins are synthesized from genes by the process of transcription and translation. The antibiotics that attack protein synthesis machinery may inhibit ribosome or enzymes involved in protein synthesis. Inhibition of protein synthesis may lead to death of bacteria. The common protein inhibitors are Aminoglycosides, macrolides, lincosamides, streptogramins, chloramphenicol, tetracyclines.

Mode of action: This antibiotic binds to 30s subunit of bacterial ribosome. They firstly penetrates the cell membrane through the aquas pours, they then reach to periplasmic place and then enters bacterial cell cytoplasm by active transport process, the antibiotic then targets the 30s subunit of ribosome and blocks the A site of 30s, Now the tRNA which is going to initiate the protein synthesis machinery by binding to A site, cannot initiate the process and ultimalety there will be no protein synthesis in the cytoplasm.

Chemical nature: It has macro-cyclic lactone ring with attached sugar, used in 1950- Erythromycin

Source of isolation: First used in 1952 and derived from Streptomyces erythreus (bacteria)

Mode of action: The macrolide inhibit the protein synthesis machinery by penetrating into the bacterial cell and  preventing peptidal translocation. It stops the adding of amino acids and eliminate the polymerisation of amino acids.

Chemical nature: Contains two groups (synergetic) :- depsipeptide (group I) and a lactonic macrocycle (group II). Quinupristin–dalfopristin is the only combination used in the clinic.

It inhibits the protein synthesis machinery by binding to the 50s  subunit of ribosome. Quinupristin inhibit polypeptide elongation and induce early termination and forming incomplete and inactive protein. By binding of the molecule dalfopristin it induces a conformational change in the 50s subunit which helps in attachment of quinupristin more accurately.

Mode of action: Acts on 50s subunit of ribosme and can also act on 70s subunit of mammalian cell. They act on 50 subunit by double mechanisms, they interfere with translation of the mRNA and inhibit the corporation of aminoacyl tRNA in the ribosome.

Chemical nature: It contains four, six member cyclic ring  and variety of functional groups are attached to it.

Source of isolation: It is derived from Streptomyces bacteria

Antibiotics that attacks on DNA Replication:

DNA is a genetic material of most of the living cell. The genetic information is passed from one generation to another. The parental information is transferred to daugther cell is by making its copy. The process of making the replica of parental DNA is called Replication process. If Antibiotics attacks on DNA replication, the bacteria cannot multiply and eventually die. The antibiotics like quinolines, metronidazole, and rifampin attacks on DNA replication.

Chemical nature: having bicyclic ring. There are two types of quinolines.

Many enzymes are involved in synthesizing of proteins from the replication fork. For unwinding of DNA, it need DNA helicase. When DNA helicase unwinds the DNA, it causes topological strain (imagine you pulling 2 ropes which are tied around each other like DNA, and you unwinding it by pulling its two ends simultaneously). Topoisomerase is an enzyme which helps in solving this issue by cleaving strand. Now, this molecule of antibiotic interferes with the topoisomerase enzyme and it does not interfere with the activity of cleave but blocks the activity of ligation property of topoisomerase, and now they are behaving like endonuclease enzyme and now they cannot re-join the DNA. Ultimately the cell will Die, and this type of activity is known as bactericidal.

Mode of action– These type of antibiotic produce free superpower radicals and use to it fight against the bacteria. By using the oxidation-reduction potential they generate free radical which then damages the bacterial DNA.

These are used to treat tuberculosis.

Antibiotics that attacks on Metabolic Process:

The bacteria conducts different metabolic activity for synthesis and degradation of molecules. These vital metabolic activity are regulated by set of enzymes. The metabolic reaction also provides energy to the cell for conducting molecular and metabolic process. The  Sulfonamide and trimethoprim antibiotics kills the bacteria by inhibiting essential metabollic pathways.

Sulfonamides inhibit bacterial growth by suppressing nucleotide synthesis. The nucleotide syntheis occurs from tetrahydro folate. The tetrahydro folate is synthesised from Dihydrofolate. The Dihydrofolate is synthesized by dihydropteroate synthetase from p-aminobenzoic acid (PABA). The sulfonamide acts like competitive inhibitor. It binds to dihydropteroate synthetase in place of PABA. Due to the depletion of nucleotides, no DNA replication or synthesis occur resulting in stopping bacterial growth and multiplication.

Trimethoprim also inhibits nucleotide synthesis. It binds and inhibits dihydrofolate reductase (DHFR) which is involved in the synthesis of Tetrahydrofolate (THF).

Hence, the mode of action of Sulfonalide and Trimethoprim is by suppressing nucleotide synthesis. The both the antibiotics acts like competitive inhibitor to the key enzymes and stops the synthesis at different step. 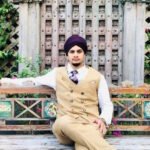 A Biotech student. Foodie, Traveller, Banging Tabla, smashing the Bhangra, a Paaji in Gujjiland. View all posts by Saheb Singh 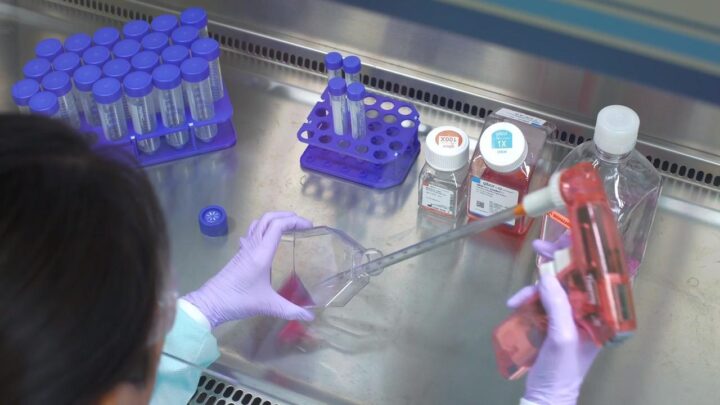 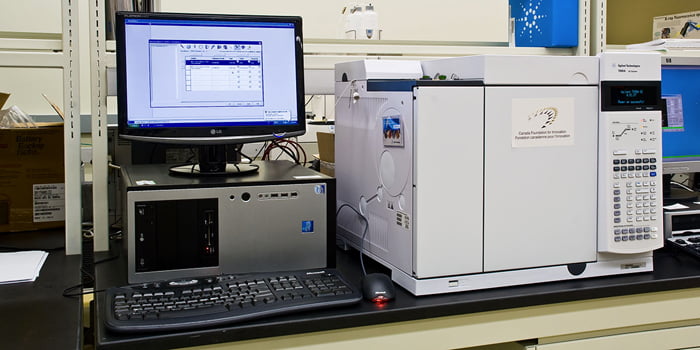 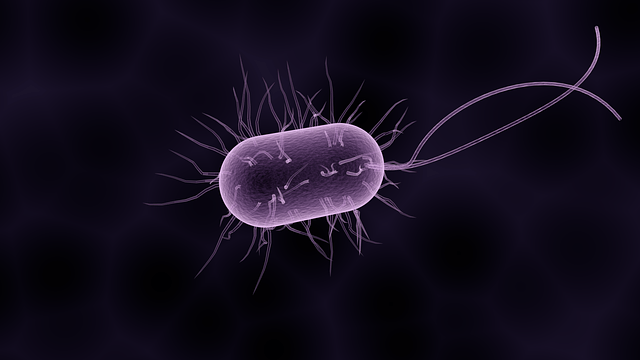