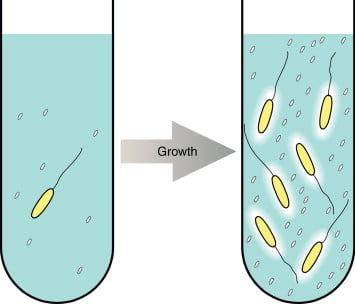 The bacterial growth means increase in its size and number. In order to get maximum growth of desired microorganisms, we provide them optimum environment in terms of nutrients and physical conditions. But as a researcher, you are always curious to see whether the given microbe is growing it or not. And If it is growing, at what rate is it growing? Hence, we need different methods for measuring bacterial growth. Scientist prefer to use different approaches to estimate the growth. No single technique is always best; the most appropriate approach will depend on the experimental situation.

Measuring Bacterial Growth can be achieved by counting bacterial colonies. Bacterial colonies are grown and developed on Solid media. Hence, colonies count method can be achieved by plating techniques. The sample like water, food or soil that contains millions of bacteria and hence it is practically impossible to count them. For such sample, we first perform dilution methods. To dilute the bacterial number, the sample is serially diluted 10 times and it is plated in appropriate medium.  There are two different plating methods –

Before plating, we need to dilute the sample by serial dilution

The aim of serially diluting the sample is to dilute the sample to spatially separate the cells in the liquid suspension.  To carry out serial dilution, we need 6 test tubes and labelled as 10-1 to 10-6, each containing 9ml of sterile distilled water. 1 ml of sample is added in the first tube i.e. 10-1 and mixes the content uniformly. From first test tube now take 1 ml of diluted sample add to second test tube. The same procedure is followed till the last test tube 10-6.

0.1ml of diluted sample from 10-6 test tube is inoculated in the appropriate nutrient medium and is spread on plates using L shaped spreader. The viable or live bacteria multiply and form a colony. Such viable cells with ability to form colony are called as Colony forming unit (CFU) and hence the number of cells are determined by number of CFU/ml the original sample.

For example, suppose the plate of the 10-6 dilution yielded a count of 110 colonies. Then, the number of bacteria in 1 ml of the original sample can be calculated as follows-

This is the second method used for directly enumeration of microbe. To have distinct colonies the sample for serially diluted as mentioned in serial dilution. In Pour plate method using pipette, 1ml of diluted sample is inoculated in the sterile petri plate and molten but cooled (40 t0 45° C) nutrient agar is poured in same petri plate. The plate is moved horizontally so that bacteria and media mix uniformly and later it is kept for incubation. In pour plate method, the viable microbes multiply and form colonies within and on the surface of the media and called as CFU. Similar formula explain in spread plate method is employed to find the number of cells.

Measuring Bacterial Growth can be achieved by Filtration method. Filtration method is known for sterilization of heat labile or sensitive material. The filter used are made of inert material like acetate, cellulose nitrate, polyamide, polycarbonate, polypropylene or polytetrafluoroethylene. This method is employed for measuring bacteria of broth culture. Under sterile conditions, the liquid culture is poured through the filter, the pore size of the filter is 0.2 to 0.45 micrometer. The bacteria that are larger than the pore size will retain in the filter. This filter membrane is than incubated in the appropriate medium. After incubation, the bacterial growth can be measured by counting the colonies.

Measuring Bacterial Growth can be achieved by using Hemocytometer. The cells can be counted using Hemocytometer. It was invented by Louis-Charles Malassed and further modified by Neubauer. Hence, in his honour Hemocytometer is also called as Neubauer counting chamber. It is a microscopic slide with four vertical troughs and one horizontal trough forming two chambers (counting grid areas) due to which the slide appears to have H shape design. The chambers platform is slightly lower (0.1 mm)  than the slide edges. Both the chambers are engraved with laser etched grid of perpendicular lines.

Cover glass is supported over the chambers at a height of 0.1mm. Because of that  the entire counting grid lies under the  volume of 0.9 mm² on one side. The cell suspensions are introduced into  the cover glass. The hemocytometer is placed on the microscope stage and the cell suspension is counted.

The formula used for calculating the number of cells is

The other technique is coulter counter, it measure the changes or difference in the electrical conductance or resistance between the cell and its suspended fluid. The suspended fluid and cells are forced to pass through the hole or orifice which is situated between the two electrodes.  When cells and suspended fluid passes through the orifice they produce resistance. This produced resistance is directly proportional to the cell’s volume. The output comes in the form of graph which is plotted between resistances against time. The movement of cell through the orifice produces resistance which is plotted against time and looks like spikes. The number of spikes represents the number of cells. The size of particle could be known by measuring the amplitude of spike. This method was invented by engineer Wallace H. Coulter

This is an alternate method for measuring bacterial number by measuring the turbidity. Turbidity represent bacterial growth. It is because of the ability of microorganisms to scatter the light. Turbidity can be measured by Calorimeter or spectrophotometer which works on the principle of Beer Lambert’s Law which states the concentration of solutes or cells is directly proportional to the absorbance. It means higher the absorbance, higher is the cell count. These instruments have light source, sample holder and detector. The sample absorbs some amount of light and unabsorbed light is transmitted and reached the detector. The formula that states the relation between absorbance and transmittance is

The graph is plot between absorbance and time

The most common way for determine the cell growth is by measuring the microbial dry weight. Cells growing in liquid medium are collected by centrifugation, washed, dried in an oven, and weighed. The bacterial suspension must be free from extraneous matter for accurate results. The drawback of this method is that we may not be sure if the dry weight is only of bacterial cells. It also cannot distinguish between live and dead cells. 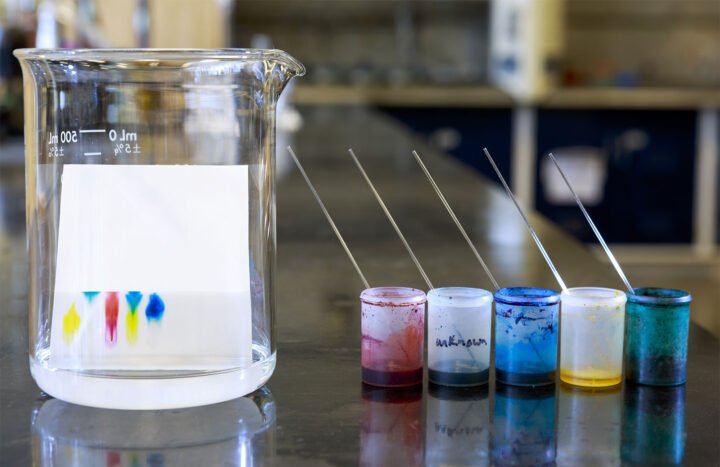 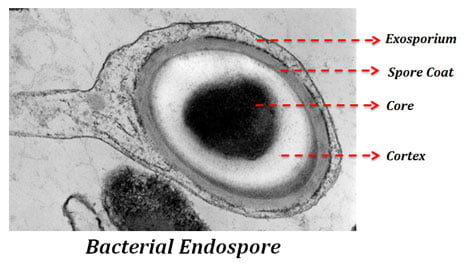 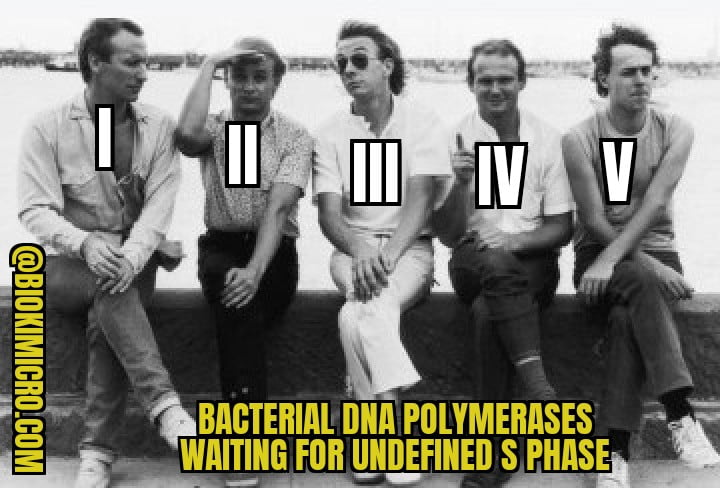