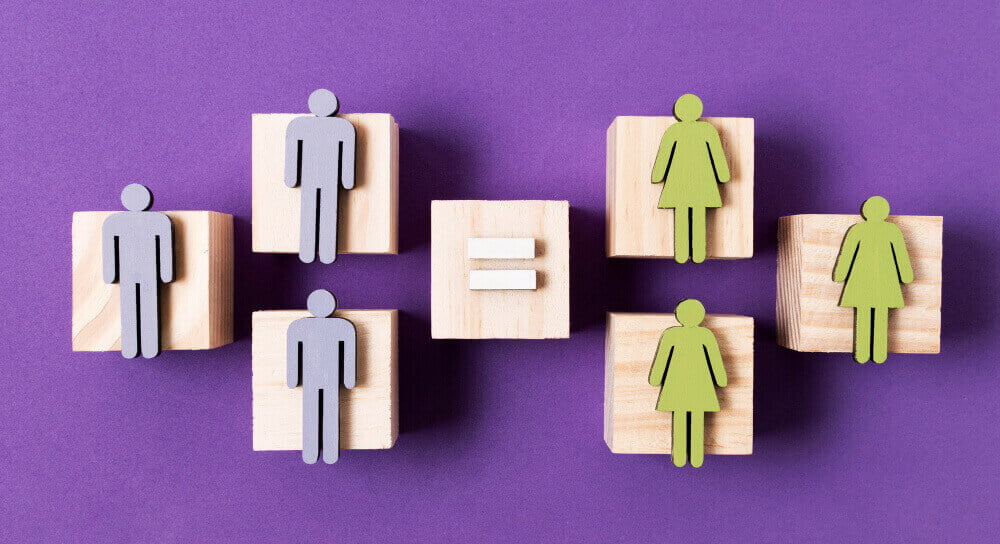 Women’s Equality Day celebrated in memory of the ratification of the nineteenth amendment of the US constitution. This amendment guaranteed the American women their right to vote. 26th August marks the victorious day of the 72 years struggle of Women for the equal right to vote.

Historically, women were not included in the voting process and did not have the Right to Vote. It was in the 19th and 20th century that Women’s Right were being taken seriously. The struggle was intense in the United Kingdom and the USA.

PS- Though, the USA and the UK had been on the forefront for the struggle of Women’s Suffrage (Right to Vote), it was the lesser-known countries like New Zealand (1893), Australia (1902), Finland (1906), and Norway (1913) where women had won the Right to Vote in National Elections.

Mary Wollstonecraft was an authoress from the Great Britain, who first championed for the Women’s Right to Vote. Her book, A Vindication of the Rights of Woman voiced the demand for the suffrage, which was then demanded by the Chartist Movement of the 1840s. This led to a mass awareness on the rights of women. The issue soon began spreading and many prominent intellectuals started participating in the demand for women’s suffrage. Harriet Taylor Mill, the British philosopher and women’s rights advocate alongwith her husband, John Stuart Mill began writing prominently on it. In 1865, the first woman suffrage committee was formed in Manchester and till 1870s a lot of woman suffrage societies formed in many cities of Britain, which submitted a petition for the right to vote for women. The petition carried a whopping three million signatures.

The suffrage movement faced harsh failures, one after the another in the UK. Prominent cause was the lack of political will. More ironic was the unappeasable stance of Queen Victoria, who opposed the idea of suffrage, being a woman herself. All of this culminated into the protests taking a more aggressive stance. The women activists were unyielding. But most of it was suppressed by the state. However, the common public started recognizing this movement owing to the persistence of the activists. The movement gained volume and more protests, demonstrations, exhibitions, and processions were organized for the Suffrage Movement.

Then, World War I broke out, and the women of Suffrage movement rushed to aid. Their effectiveness won the hearts of many resulting in a full-fledged support to the movement. As a result of the massive public support, the need for enfranchisement was acknowledged by the Parliament resulting in the passage of Representation of the People Act in the House of Commons in June 1917. The act gave the Right to Vote to women aged 30 & over. However, 1928 saw the age being lowered to 21 equaling to that of the men. Shortly, a provision was passed to allow women to sit in the House of Commons.

Across the Pacific, another Union of States witness a rebellion that altered the course of time; the Movement against Racism and Slavery. Alongwith came the agitation for Equal Rights to Vote for Women. Antislavery activist Lucretia Mott joined forces with Elizabeth Cady Stanton and formed the Seneca Falls Convention on 19-20th July 1848. The convention issued the declaration that called for Equal Opportunities in Education, Work & Pay, and the Right to Vote.  1850 and 1852 saw the rise of prominent flag bearers of the Suffrage Movement, Elizabeth Cady Stanton and Susan B. Anthony. Together they led the Suffragist movement for half a century!

Owing to a large number of states following separate and different legislations, the only way women would get the right to vote in all of the USA was, through amendments to the federal constitution. This led to the formation of the National Woman Suffrage Association. Susan B. Anthony and Elizabeth Cady Stanton led the organization which organized yearly conventions for the next 50 years. Lucy Stone, another Suffragist leader joined forces with Anthony & Stanton and in 1890, the National American Woman Suffrage Association was formed to consolidate the efforts of the Suffragists. Together they worked tirelessly to achieve the dream of Suffrage for almost 30 years. In the next 25 years, vigorous campaigns led to most states caving in to the demand for the right to vote in Presidential Elections. By 1918, 15 states yielded to the movement and enacted the Right to Vote for women.

World War I gave significant boost to the Suffrage Movement in the USA. While men were at war, women played major role in almost all the male dominated work territory. Women were now on the forefront in all capacities. As a result, the remaining opposition to the movement broke down, paving way for a bright future.

The 1914 didn’t ring in the good news, but by 1918, both the Liberals and the Democrats had to give in and both committed to the woman Suffrage. All that was needed to secure the Suffrage was to acquire the two-thirds of the state legislatures in both the House and Senate in January 1918 and June 1919, respectively. This was it! The Do or Die moment! And on the August 26th, the historic moment arrived by which the nineteenth amendment that enfranchised the women to vote was proclaimed by the Secretary of State as part of the Constitution of the USA.

And this is how the day of 26th August is celebrated as Women’s Equality Day. Every year the POTUS reads a proclamation to note the amazing work of the Women involved in this Movement. Would like to know what Joe Biden has in store for us after Obama said this, ““Today, as we celebrate the anniversary of this hard-won achievement and pay tribute to the trailblazers and suffragists who moved us closer to a more just and prosperous future, we resolve to protect this constitutional right and pledge to continue fighting for equality for women and girls”.

How to celebrate Women’s Equality Day

Now that you have read about the history of the struggle for a simple basic right of voting, which I think is amazing, I believe that the next obvious question would be: How do we celebrate it?

First off, would be to read upon some amazing women who were involved with the Suffrage movement. I would recommend beginning with Lucretia Mott, Elizabeth Cady Stanton, Lucy Stone, and Susan B. Anthony. Following that would be Harriet Tubman. In the Indian Subcontinent context, it would be the Phule Couple and Dr. B.R. Ambedkar who strove for the Right of Women. It is because of them that females receive equal opportunities to Education and Work, and in ancestral property.

Secondly, you can do your own research and find out more on this. And if possible write a small article and share it with your friends and family. Awareness is the first step towards change.

Another way would be to read up a little on how the Constitution works or how the Voting System in your country works. Read up on how we can exercise our fundamental right to vote. You can also register yourself for Voting.

Where to Begin Reading for Women’s Equality Day?

We have listed some of our favourite books which can form excellent source to read up for today and let the rebellion be alive:

PS- Click on the picture to purchase from Amazon. Your purchase will allow us a small commission.

The Women’s Suffrage Movement (An intersectional anthology of works by the known and unknown women that shaped and established the suffrage movement, in time for the 2020 centennial of women’s right to vote, with a foreword by Gloria Steinem)

3. Good Night Stories for Rebel Girls (An absolute must-have if you have young ones around)

4. Good Night Stories for Rebel Girls 2 (Because the first one was darn good!)

5. Good Night Stories for Rebel Girls: 100 Immigrant Women Who Changed the World (Volume 3) (Because why stop at the second! Plus it is truly inspiring)

6. Like A Girl (A Must Have for Indian Context)

In the end, we would like to end with this powerful song by Helen Reddy with images of the yore.