Bacteria belongs to prokaryotes and hence it lacks nucleus and membrane bound organelle. But it has sufficient organelles that maintains and regulated important physiological, biochemical and molecular process. Invention of Electron microscope allowed us to explore the structure of bacteria. The bacteria has cell envelop (capsule, cell wall and cell membrane) envelop, nucleoid (DNA), ribosomes, flagella and pill. Lets learn and explore them one by one.

It is a sticky coating produced by many bacteria covering the surface of cell. It is viscous in nature, deposited outside the cell wall and mostly made from polysaccharides. When Glycocalyx is highly structured, tightly bound to cell wall, thick and well organised then it is called capsule. If glycocalyx is less structured, loosely bound to cell wall, thin and disorganized then it is called slime layer. The major function of glycocalyx is protection from drying, adherence and protection from immune system of host. The bacteria when infect the host (say human), the immune system of human body will consider the bacteria as foreign body and release its immune cells to entrap and kill this foreign body. Phagocytes are the type of human immune cells which kill the foreign body (bacteria) by engulfing it, this mechanism of killing is phagocytocis. The presence of glycocslyx or capsule, protect the bacteria from phagocytocis and hence such bacteria are more pathogenic.

It is one of the most important organelle for maintaining the viability of bacterial cell. Understanding its role, it’s obvious that if we want to kill the bacteria we would make use of such synthetic or biological chemical which attacks on cell wall. We also use the knowledge of cell wall in distinguishing the bacteria. Please read Bacterial Cell wall composition and its difference for detailed learning. You can also read the method used for distinguishing gram positive and gram negative bacteria.

It is also called as cytoplasmic membrane. It acts as boundary and separate the interior of the cells from the outside environment. The dynamic structure of cell membrane acts as barrier and allows the diffusion of selective molecules. This selective permeability maintains the osmotic balance. The membrane is made form phospholipid. Phospholipids are amphipathic in nature, i.e. it has both polar (hydrophilic) and non polar groups (hydrophobic). The polar group i.e. glycerol and phosphate interacts with water and non polar groups i.e. fatty acid chains avoids the interaction with water. Due to the amphiphatic nature of phospholipids, they spontaneously form bilayer in aqueous environment. To avoid interaction with water, the hydrophobic ends face inwards (towards each other) and hydrophilic ends interact with aqueous environment of cytoplasm and extracellular fluids.

The selective permeability of large molecules is regulated by receptors and channels. The receptors and channels are made from protein molecules. The channel and receptors proteins may be associated superficially with plasma membrane or penetrate the membrane. The superficially associated membrane is called as peripheral proteins and the proteins that penetrate are called as integral proteins. This structure and arrangement of phospholipid molecule are hypothesized by singer and Nicolson and they named it as fluid mosaic model. They named it as fluid mosaic because of the fluidic nature of phospholipid layer and the proteins looks like patchwork forming mosaic type structure.

It is gel like matrix enclosed by cytoplasmic membrane. It is composed of water, ions enzyme, nutrient, salts, waste, gases and it also contains ribosomes, DNA in the form nucleoid and plasmid. The cytoplasm acts as a site for carrying out cellular important process like replication, protein synthesis, metabolism and cell division.

Bacteria lacks membrane bound nucleus and this is the most prominent characteristic that differentiate prokaryotes and eukaryotes. In prokaryotes, the genetic material is present in the form of dense and irregular shape called as nucleoid also called as chromatin body, nuclear body or nuclear region. The bacteria mostly contain single copy of double stranded circular DNA but few may have more than one copy. The size of the DNA varies from strain to strain. Hence, it is also a distinguishing character used in classification. The nucleoid contains DNA, RNA and proteins. The compact structure of DNA called as genophore is formed and maintain by supercoling proteins. To study the detailed structure of nucleoid, electron microscope is employed. Microscopic observation have found that DNA is either attached to cell membrane or mesosome.

The small circular or segment of DNA which is not part of nucleoid is called as plasmid. It is also called as extra chromosomal DNA. Like nucleoid DNA, the plasmid is also double stranded DNA. The presence of plasmid provides additional functional benefits to the bacteria. The plasmid carries genes for antibiotic resistance, to degrade xenobiotics and virulence. The presence ori site in plasmid allows it to replicate independently.  The ‘F’ type of plasmid called as fertility plasmid travel from donor bacteria to receiver bacteria through sex pilli and the process is called as conjugation.

Ribosomes are small organelle made up from RNA and protein hence called as Ribonucleoprotein. The ribosme contains two subunits – large subunit and small subunit. The bacterial ribsome are of 70S type, its larger subunit is 50 S and smaller subunit is 30 S. The 50 S subunit contains 5 S and 23 S RNA while 30 S RNA subunit contains 16S RNA.

These tiny organelles play very important role in translating the message from m-RNA to protein. They are sites for protein synthesis. To do this function efficiently, the ribosomes interact with messenger RNA and t-RNA with the help of A, P and E binding sites.

They are the store house of nutrients, appear like tiny particles and float in cytoplasm. Bacteria need such store house because they may not always get nutrient rich environment. In catastrophe situation bacteria utilise the stored nutrients. The bacteria store carbon in the form of glycogen, protein in the form of cyanophycin and other such essential nutrients in inclusion bodies. The inclusion bodies have not only involed in storing food but have found to have multiple functions. The bacteria accumulates gas and stores in the form of gas vacoules. The stored gas allows bacteria to float and maintain bouyancy. Bacteria stores phosphate in the form of polyphosphate chains called as volutin. Phosphate is required for ATP synthesis and DNA or RNA. One more interesting form of inclusion bodies are magnetosome consisting of magnetite (mineral ore with iron). It acts like compass needle to directing the bacteria in the earth’s magnetic field.

Inclusion bodies play vital role in maintain the osmotic pressure. As per the law of osmosis, concentration flows from higher to lower and hence if the nutrients (solute) freely float in cytoplasm, the water from outside environment would diffuse inside causing swelling of cell and eventually it will burst. To adapt in catastroph situation and to avoid osmotic pressure, the bacterial cell has evolved to have inclusion bodies.

Staining methods make such organelle visible in the light microscope. Research has found that such organelle acts as site for multiplication of viruses.

These organelles appear hair like structure extended from plasma membrane. They are often confused and used interchangeable but they some structural and functional differences. The both the organelles are made from protein. Fimbriae are made from fimbrillin protein and pillus is made pilin protein. The genetic information for synthesis of fimbrillin protein is stored in nucleoid and pilin’s information is stored in plasmid. Fimbriae are shorter and thinner than pilli. Fimbriae are found in gram positive and gram negative bacteria whereas pilli is found mostly in gram negative. Pilli are more rigid and less in number compared to fimbriae. The Sex pilli are involved in carrying conjugation process. It forms a mating bridge between donor and receiver and allows DNA (plasmid) to transfer from donor to receiver. Type IVpilli has also found to show crawling type of motility called as twitching motility. The function of fimbriae is adherence or attachment to the surface.

Flagella: Flagella known as motility or locomotor organelle also look like hair like appendage. They are longer than pilli and fimbriae. Their structure is rigid and slender. The bacteria are able to swim in liquid media is due to the rotating movement of flagella. Please read to more about Flagella and chemotaxis here.

Activity – Solve the question after reading the article. 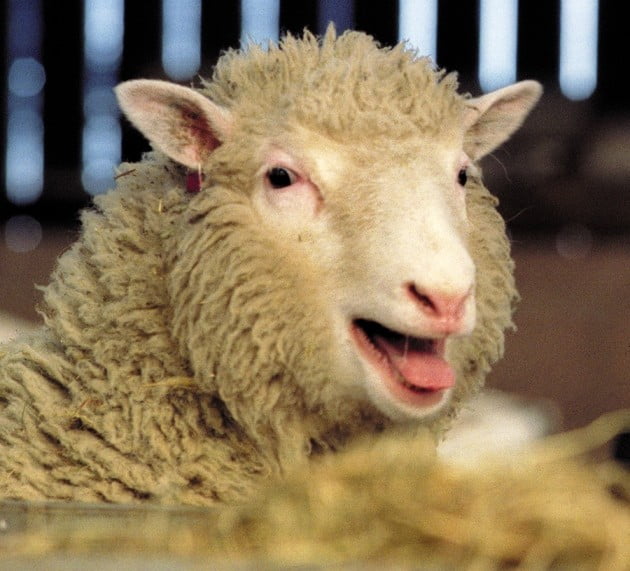 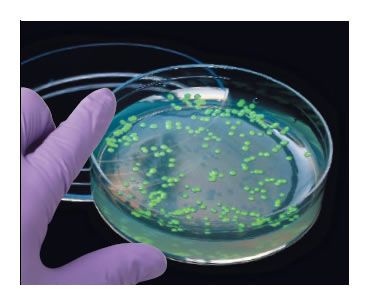 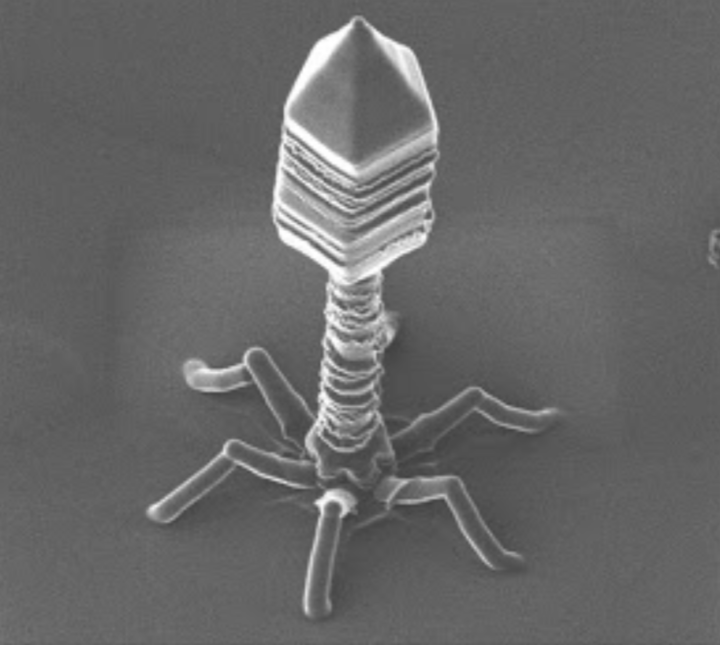